Sometimes I have a hard time getting going. No, not that. Please: this is a family blog. I mean writing. Sometimes getting down to the writing is so difficult that I run out of things to do to avoid writing.

One of the reasons for this, I’m convinced, is because I don’t have a designated writing space. There is a desk in our living room where our laptop is set up, true, but it’s in the middle of traffic and within earshot of the braying television in the next room, not to mention within walking distance of that bag of jujubes in the kitchen.

Sometimes I’ll put headphones on to tune out other sounds, but more often than not I unplug the laptop and relocate, maybe to an easy chair or propped up in bed where the only distractions are a snoring cat and the lure of sleep.

There was a brief time, before our children outnumbered us two to one, when I had something of an office – “the spare room.” But once our eldest daughter took over that room, I migrated from space to space. I wander to this day, a nomad with an iPad.

Thinking of this recently made me understand my Dad a little more and why he maintains the space he does in the abandoned basement rec room of my childhood home. I wouldn’t call it a “man cave.” More of an “accountant alcove.”

My parents built the basement room in the early seventies, and it had the décor that you would expect: wood-panel wall covering, afghan-covered furnishing, foam-backed carpet. The carpet was a mistake, not because of the colour, but because the basement would prove to grow increasingly damp over the years, and by “damp” I mean “puddles.”

We spent hours down there, oblivious to whatever toxins were festering in those puddles, watching “Carol Burnett” and “Three’s Company” and Montreal Expos games. Our mother would call us up for supper by switching the light off and on from the top of the stairs. This was an efficient means of communication and had the added benefit of disconcerting our friends.

Along with the main room, there was – in deeper, darker corners still – a game area. This was initially where my brother and I fiddled with chemistry sets, wood-burning kits and other potential hazards unrelated to puddle poison. Eventually, though, as low-traffic spaces tend to do, this area became default storage for board games, National Geographics and all things pile-able. 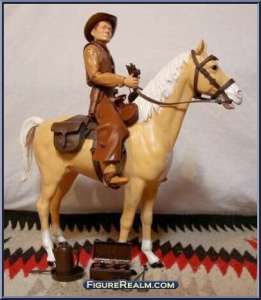 When we weren’t outside, this was where we hung out, this mildewy room lit by a single basement window – a window, by the way, you could escape through if necessary, or into, if you happened to forget your house key. Our toys were down here in the basement – the GI Joes, the Johnny West Ranch, Big Jim’s Sports Camper, Hot Wheels. But the room was the focal point. We even had Pong, which briefly made us cool kids. We didn’t have cable, though, which cancelled any coolness.

Then there was the hypnotism. For a while, my brother and his friends went through a phase of putting each other into deep trances and at the hypnotist’s mercy. I can’t remember details but I have a vague memory of dog food coming into play. I was younger and excluded and therefore a pest, so to this day I’m not certain whether they were really hypnotizing each other or concocting an elaborate hoax for my benefit. Methinks I shouldn’t flatter myself.

Eventually, my parents built an addition onto to the house. The television moved back upstairs and with it all basement life as we knew it.

Dad, a bookkeeper by profession, never met a committee he didn’t like, and quickly took over the basement room as his office. Even after, the seeping water went from being simple puddles to complex, sickening colours that stained the concrete floor in increasingly slick and disturbing ways, he remained ensconced.

“Dad should not be working down there,” we children would scold. “It can’t be healthy.” Not to mention going up and down those stairs.

Well, Dad has outlasted the Love Canal, which mysteriously stopped seeping about two years ago. The last time I was home, the floor was dry and Dad’s office was intact. It is now exclusively his space, mainly because no one else cares to set foot in it.

So what I’m thinking is we need to convert our basement into a TV room. Then, in about 15 years, I’ll get an office. I’m fine with toxins.

I'm Canadian so I pronounce it "Aboot." No, I don't! I don't know any Canadian who says "aboot." Damnable lies! But I do know this Canadian is all about humour (with a U) and satire. Come by. I don't bite, or as we Canadians say, "beet."
View all posts by rossmurray1 →
This entry was posted in Family - whadya gonna do?, It Really Did Happen! and tagged Big Jim's Sports Camper, fatherhood, GI Joe, humor, Johnny West, man cave, manhood, men, nostalgia, the 70s, writing. Bookmark the permalink.