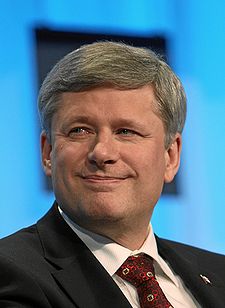 3. Be prepared for aftershocks and gloating.

4. Deal with any minor injuries, including cuts, sprains and ideological collapse.

5. Take two minutes to weep in silence behind closed doors so as not to alarm the children.

6. Eat a healthy, nutritious breakfast, because breakfast is the most important meal of the next four years of fear-driven dogma and social alienation.

7. Listen to the radio for further instructions. If it’s CBC Radio, you better make it quick.

9. If you begin to hyperventilate, take a plain paper bag, open it, fill it with large sums of 50-dollar bills and mail it to the member of the Senate representing your region.

10. Try to find out who is the member of the Senate representing your region.

11. Stock up on beef jerky for reasons that will become clear in six to seven weeks.

12. Assess your own status. Are you a Canadian citizen? Are you sure? Better check again.

13. If you are female, First Nations, Muslim, an environmentalist, Syrian refugee, social advocate or government scientist, go to an open area and await further instructions. No, just stay there. That’s fine. We’ll get back to you.

14. If you are a white, middle-aged, middle-class male, thanks a lot.

15. Inspect your property for stray voters and take the following action if necessary:

a) While it may be difficult to differentiate Liberals from Conservatives, note that Liberals will have glazed, stunned expressions on their faces and be walking in a daze, completely susceptible to others’ commands – in other words acting completely normal. Gently take any lost Liberals by the hand and settle them under the nearest tree and tell them everything will be okay. If you’re charming and good looking, they’ll believe you.

b) Take a broom handle and rattle it around under your front porch to flush out any NDP voters that may have nested there.

16. Reach out to someone. Call a friend, preferably one overseas, and assure him or her that, despite our fading reputation in foreign-policy circles, Canadians are good people. Most of us anyway. Just not quite enough.

17. Distract yourself and your loved ones from the tragic events by turning to more upbeat examples of Canadian culture, i.e. “The Wreck of the Edmund Fitzgerald,” the films of Atom Egoyan, the collected works of Margaret Atwood, etc.

18. Bear in mind that, unless you are a terrorist or suspected terrorist, you have almost nothing to fear, probably.

19. If you have young children, gather them around and explain that sometimes bad prime ministers happen to good countries and that, in the coming days, they may see some disturbing images of unjustifiably smug politicians. Remind them that governments come and governments go, that we still live in a country where it’s safe to walk outside, neighbours are generous, opportunities are infinite and overblown rhetoric is taken with a grain of salt, and that at least it’s not Jason Kenney.

I'm Canadian so I pronounce it "Aboot." No, I don't! I don't know any Canadian who says "aboot." Damnable lies! But I do know this Canadian is all about humour (with a U) and satire. Come by. I don't bite, or as we Canadians say, "beet."
View all posts by rossmurray1 →
This entry was posted in Canada and/or Quebec, It Could Happen... and tagged Atom Egoyan, Canadian politics, emergency response, federal election, Hey List of X I have 20!, humor, Jason Kenney, Margaret Atwood, satire, Stephen Harper, stop Harper. Bookmark the permalink.

Prostate cancer affects 1 in 8 white men but 1 in 3 black men. Every hour a man dies of Prostate cancer and it is the most common cancer in the UK. I wanted a detailed, warts and all account of prostate cancer and it's effects, so I could make my own decisions. I could not find one, so I decided to write my own. I am now Trying to educate men, one small step at a time.