How to take care of yourself 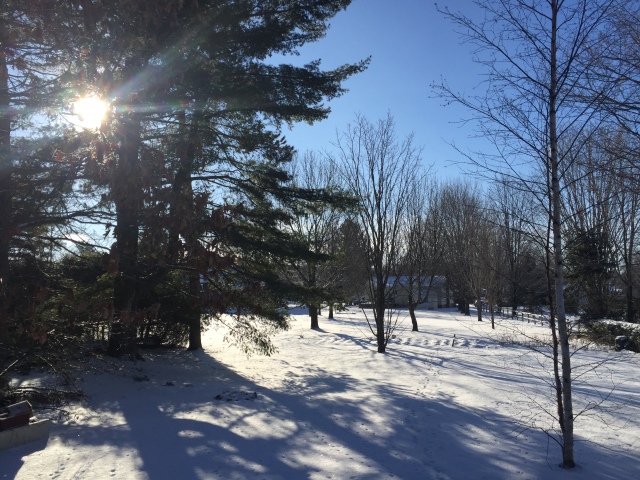 I recently came to a conclusion: Donald Trump gave me cancer.

When I had my checkup in the summer of 2016, my prostate was slightly enlarged but nothing to worry about, my doctor said. People felt the same way about Trump’s nomination: distressing and unusual, yes, but nothing could ever possibly come of it.

Two years later, Trump was systematically dismantling the United States and the general world order while triggering stress and unhealthy fixation in the populace. And I had cancer. The connection was so obvious. In fact, I would like to see whether there has been a spike in cancer these past two years, and also whether the birthrate has declined, because that guy is an anti-aphrodisiac.

Of course, there’s nothing to be gained in wondering why you got sick, especially if you’ve maintained a relatively healthy lifestyle, because it inevitably leads to “why me and not him” (e.g. Trump). Blame doesn’t change anything.

Instead, the focus should be on getting better and, once achieved, not getting sick again. (America, continue to follow the thread of this metaphor to its sensible conclusion.)

Prior to my surgery, my employer arranged for me to seek a second opinion from a private clinic in Montreal. The doctor – let’s call him Dr. Feelgood – concurred with my diagnosis and treatment. As for why, he chalked it up to bad luck, which is the least medical reason but probably the most human.

We then talked about post-surgery living so that I would stay on this side of good luck.

No red meat, including pork and lamb. Okay, I can do that. Ice cream only as a treat. Tougher, but all right.

Also, 9 servings of fruits and vegetables. This seemed easily doable until I started doing it. I start out strong in the morning but by mid-afternoon am starting to rationalize corn chips.

Get a proper sleep. (It was too complicated to explain about the cats on the bed and the snoring dog.)

Walk an hour a day. Certainly.

Meditate two hours a day. Okay, I can try… Hold up; two hours?

This feels like a recommendation from a private doctor whose patient profile includes those who can turn matters over to the nanny or lower-echelon managers.

Nonetheless, I figured I’d give it a shot and so downloaded a meditation app with 10 free guided sessions. I started out with 3 minutes, then 5, then 10 and have already broken the habit and still have 3 free sessions left along with daily notifications that I haven’t meditated, which is stressing me out.

Finally, Dr. Feelgood recommended I be social at least once a week. This means interacting face to face with another human who is not my wife, because she has no choice. Social interaction, it seems, improves both quality of life and life expectancy.

For all I know, most of Dr. Feelgood’s recommendations are as logical as those deer whistles people put on cars: I have never hit a deer, therefore they must work. But I have already been able to quantify the benefits of being social.

Over the past weeks, as I’ve been recovering at home, my best moments have been the social ones. In addition to the many messages, texts, emails, cards, even real letters from strangers, I’ve had long phone conversations with friends, like Linda from university whom I haven’t spoke to in over 25 years. Scott came by and we chatted about matters both heavy and light. A former student, Mya, home from university, dropped by for a visit and brought peanut butter balls, which I’m sure would not pass muster with Dr. Feelgood.

These visits and calls have filled my heart and healed my sometimes sagging morale, so I plan in the year ahead to take the time for myself and others.

The trick will be to maintain the habit. Can I stay social, or will it succumb like my meditation habit, my daily fruit/veggie intake and pretty much every New Year’s resolution?

I’ll have to wait and see. For now, though, as this challenging year draws to a close, I’ll just say how grateful I am for the people in my lives, including all of you who read this. Otherwise, I’d just be talking to myself, like Donald Trump in his lonely, lonely White House. And he can only blame himself.

I'm Canadian so I pronounce it "Aboot." No, I don't! I don't know any Canadian who says "aboot." Damnable lies! But I do know this Canadian is all about humour (with a U) and satire. Come by. I don't bite, or as we Canadians say, "beet."
View all posts by rossmurray1 →
This entry was posted in It Really Did Happen! and tagged cancer, Donald Trump, health, healthy eating, humor, meditation, post-surgery, prostate cancer. Bookmark the permalink.

33 Responses to How to take care of yourself